Introducing my new short novel, The Cat-Eared Historian Mage on the Crumbling Planet 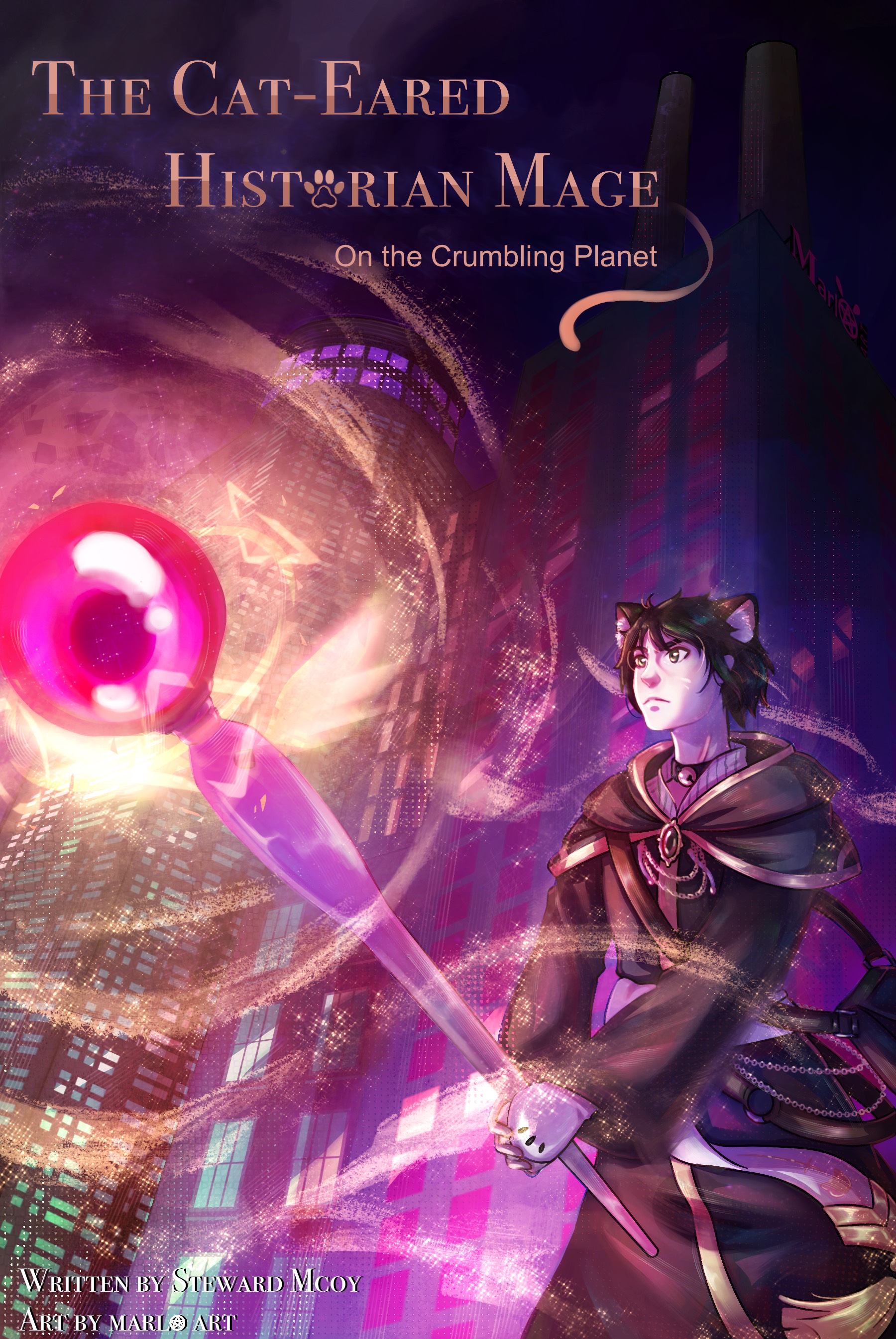 Neo Akihabara Meipouchou is a free novel trilogy about love, politics, and growing up in a society based around anime. In the far future, anime fans have annexed Paris, renaming the city to Neo Crystal Tokyo and ruling the populace with advanced military technology and private maid armies. Trained in the arts of cooking, cleaning, and assassination, these elite maid soldiers serve powerful politicians and their families, acting to further their masters' interests.

Forty years after the founding of Neo Crystal Tokyo, political alliances are beginning to fray, and maids from different houses increasingly find themselves at odds with one another—and with underground Paris liberation movements. If the infighting spreads to the military, the city will be vulnerable to invasion by powerful geopolitical foes.

Young Aina Dufort is a new maid in the education minister's household. Her incredible strength makes her an ideal maid-in-training, but she'll have to learn to control her power—and her emotions. She'll contend with powerful enemies and rivals, fight for love, and struggle to survive in a world with mecha, cat-human hybrids, and magical girls.

Book 1: ~The MURDEROUS MAIDENS Did Gather in THE CITY~